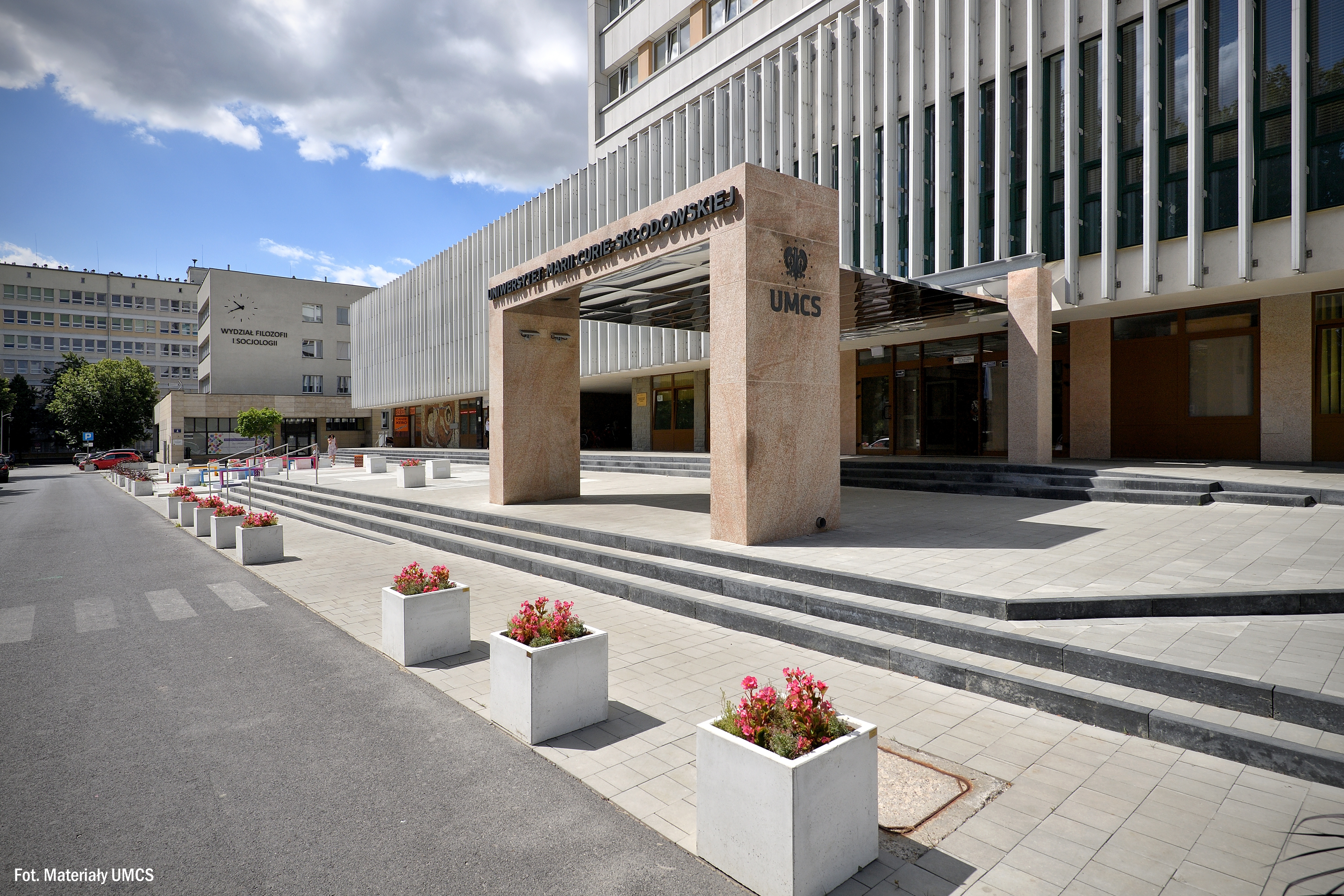 The history of the Ethnolinguistic Archives, initially associated with the Department of Polish Language, then, until 2008 with the Department of Textual Scholarship and Grammar of Contemporary Polish Language at UMCS, dates back to 1960. At that time, thanks to the initiative of Jerzy Barmiński, the campaign of recording and collecting dialects and folklore of the Lublin region was launched. It is the richest collection of recordings documenting the dialect and verbal folklore in the entire country. The collection, which in particular consists of recordings of spoken folklore texts, also includes songs: ‘Materials from field recordings are diverse. Initially, mainly colloquial dialect texts and artistic folk prose were documented: fairy tales, legends and tales, stories of beliefs and memories, anecdotes; over time, also proverbs, riddles, songs both on secular topics (e.g. soldier songs, orphan songs, lullabies) and religious (e.g. songs sung during peregrination of Virgin Mary Icon, songs about the Polish Pope)’ Beata Maksymiuk-Pacek and Anna Michalec, write about the collection.

On the basis of recorded song collections, their transcriptions as well as available publications and records (the archive also collects copies of notebooks with songs handwritten from informants), a file of Polish folk songs was created (the so-called “large” file of about 54,000 cards covers the Polish repertoire, including texts from Oskar Kolberg’s Complete Works, while the “small” one covers the area of ​Lublin region). Perforated cards of the K2BPN type are used for song entries. They are sorted alphabetically and by genre. Gradually, along with the development of computer techniques, the descriptive-feseta language technique was used to classify and systematize folklore materials. Recordings of field research, carried out especially in the Lublin region and in south-eastern Poland, on audio tapes and VHS cassettes, constituted the basis for a “small” catalogue. The first three decades of the archive’s operation resulted in the collection of documentation on 541 magnetic tapes from over 350 towns.

Until 1999, the recording was made in over 500 towns in the Lublin region, and the material was recorded on over 1,100 audio tapes and 44 VHS tapes. Currently, the archive contains a total of approx. 1793 sound carriers recorded during field research: reel tapes, cassette audio tapes, CDs and 65 VHS video tapes. Recordings of texts made in the field, signed in a continuous manner (TN-1, TN-2, etc.) are accompanied by protocols, usually prepared during recording, and inventories – lists of their contents. The protocols contain basic information about the date, place of recording, artist, recorded material, performance features, etc., and inventories, apart from imprints, also include technical data about the recording. The imorints include the number and side of the tape in the TN set, data about the place and date of the recording, data about the person conducting the exploration and query, as well as about transcribers, data about the size of the tape and the speed of movement, and information about the performers. After the imprint, there is a list of the contents of the recording, numbered sequentially, according to the recording, with Arabic numerals, and each side of the tape is numbered starting from one. The archive contains of approximately 12,000 recorded songs. The recordings also include – albeit in a smaller number – instrumental music. ‘The music collection is varied; it contains both the older, traditional layer of folklore, as well as new, often hit melodies. The vast majority of it consists of vocal recordings (soloists, vocal ensembles), and partly also vocal-instrumental recordings’, Grażyna Bączkowska writes about the recordings. The method of organizing the material was characterized by Beata Maksymiuk-Pacek and Anna Michalec: ‘Each song’s lyrics, poem, speech is a separate unit and receives a consecutive number in the inventory, into which it is entered under its incipit in a nationwide phonetic wording (maintaining dialectal features: morphological, lexical, syntactic). […] The short folk songs are segmented according to textual, not musical criteria. The main criterion is the subject, the addressee. If the short folk songs combine into a cycle (e.g. chants to the bride, or dialogue chants), we give them one (consecutive) number for each cycle, at the same time distinguishing each of them at a lower level through an additional, letter discriminant. […] For rituals, customs, and performances, a two-level description was used: the more general one with the name of the rite or performance (e.g. wedding, nativity play), the second detailed one covering the texts included in the rite’.

The Lab has also copies of recordings from the National Festival of Folk Bands and Singers in Kazimierz on the Vistula, copies of recordings of Christmas carols from the Archive of Polish Radio in Warsaw, copies of recordings from Lublin from the 1950s from the Institute of Art of the Polish Academy of Sciences, as well as a second copy of field recordings made as part of the cooperation of both institutions, copies of recordings from cultural institutions, private collectors and documentalists, as well as recordings of Christmas carols made among the French Polish diaspora and in the Vilnius region, Belarus and Ukraine. Apart from the recordings taken “from the stage” or “triggered” in situations such as inquiries, a valuable part of the archive are the so-called “wiretapped” recordings – e.g. records of authentic rituals (wedding, funeral). The studio also has the Oral History Archive (signatures TN/AHM, 113 audio and video recordings and their transcriptions) as well as databases and catalogues. The archive, being a unit of a scientific institution, serves primarily scientific, didactic and editorial purposes (scientific works, monographs, including Lubelskie, edited by Jerzy Bartmiński, Lublin 2011, constituting the 4th part of the Polish Song and Folk Music. Sources and Materials series edited by Ludwik Bielawski, series known as the “new Kolberg”) and is an open collection, successively enriched with new documents. Although tape inventories have been entered into computer memory since 1998, a complete electronic catalogue of archive resources has not been developed to this day. The end of the 1990s also marked the beginning of digitisation of recordings and plans for internet publications. So far, 500 archival tapes have been recorded on CDs. The digitisation work is carried out by the person who performs the duties of an IT specialist. The Archive resources are made available to those interested with the consent of the head of the Laboratory, professor Jerzy Bartmiński. Apart from the scientific community, the collections are very popular among regional societies, folklore lovers and folk artists, such as the Orkiestra Św. Mikolaja, Kapela Drewutnia. Joszko Broda used a few recordings in his album Na dunaj. Christmas carols from the East.

As part of the Polish Traditional Music – Phonographic Heritage project, Angelika Fierka, Kamila Pozimka and Anna Walkowiak have digitised and edited the documentation of the “Ethnolinguistic Archive” Lab of the Institute of Polish Philology at the Maria Curie-Skłodowska University in Lublin. The work is being continued.